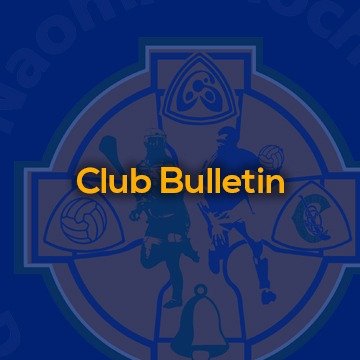 Newly promoted Derrynoose started the quickest with a nice worked score finished by Pearse Lennon. Middletown quickly levelled before Kevin McKenna got on the end of a long high ball sent in from Aaron Fox to get the first goal of the game. Middletown had to up it as Derrynoose brought a ferocious intensity to this game from the throw in. They didn’t fail to deliver as they quickly had the ball into the Derrynoose net at the other end. Middletown put their noses infront until Conor McGrory scored a great point to level it again. Middletown began to dominate Derrynoose all over the pitch and seemed to be getting all the breaks but failed to capitalise by missing plenty of scorable frees. Middletown led by 4 after 18 minutes and looked like pushing on. Pearse Lennon got Derrynoose back on the board with a free which was quickly cancelled out at the other end by another Middletown point. Derrynoose kept in contention after a high ball sent in by Aaron Fox evaded the grasps of the Middletown keeper and found the back of the net. Middletown however replied with two quick points to regain their 2 point advantage. Derrynoose responded with a 65 and a free from Pearse Lennon to keep the pressure on. Middletown got the final score of the half to leave two points between the teams at the break. Derrynoose finding their feet again in the last 10 mins finishing the stronger. The break came at the best possible time for Derrynoose as they came out and threw everything at Middletown with 4 unanswered points by David McCreesh (2), Liam McGrane and Pearse Lennon to take the lead for the 2nd time in the match. The third goal of the game for Derrynoose and some breathing space came from a Pearse Lennon free from 30 yards that was hit hard into the top of the Middletown net by everyone’s surprise. Derrynoose were now 5 clear of Middletown with just 12 minutes played in the second half. The all Ireland intermediate semi finalists had their backs to the wall but came back fighting with 3 points from frees. Derrynoose battled hard and with frees from Conor McGrory and Pearse lennon (2) they restored their 5 point advantage. Middletown knew that at this stage they had to go for goals in order to salvage this game that was slipping away from them. Derrynoose defended valiantly and kept them at bay but Middletown managed to get one past keeper Peter McKearney who was superb throughout. This was all too little too late for Middletown as the ref blew his final whistle and Derrynoose held on to win on a scoreline of Middletown Na Fianna 2.13-3.12 Derrynoose. Remarkably 10 players who played the entire game for Derrynoose played the night before in a football league match.