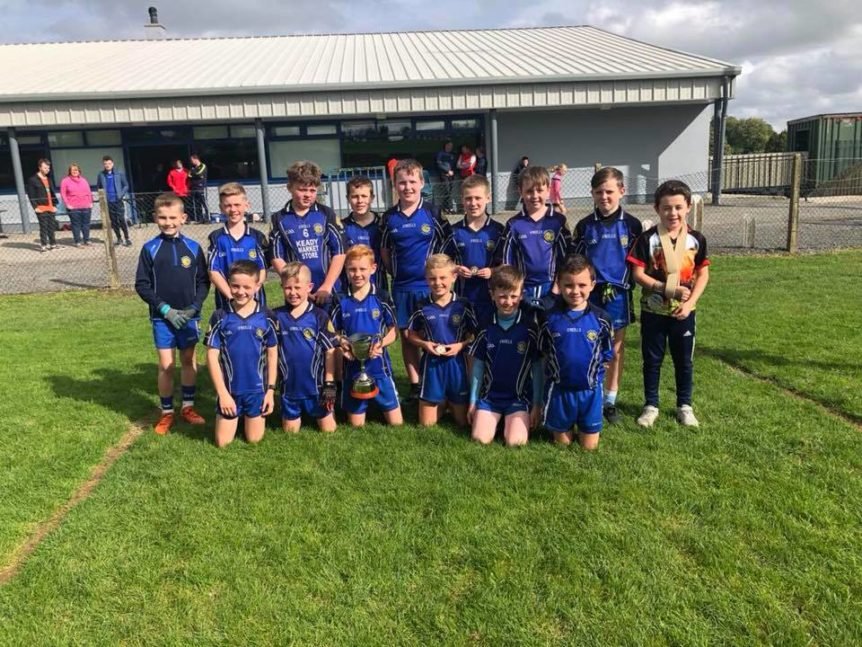 Derrynoose remained unbeaten all day, beating madden, keady , Ballymacnab in the group stages , scotstown in the semi and drumgath in the final! Well done to the second team too who reached the final of the plate, just came up short against a stronger madden team.

Sean Óg pictured receiving the cup and player of the tournament was Shea from Derrynoose.